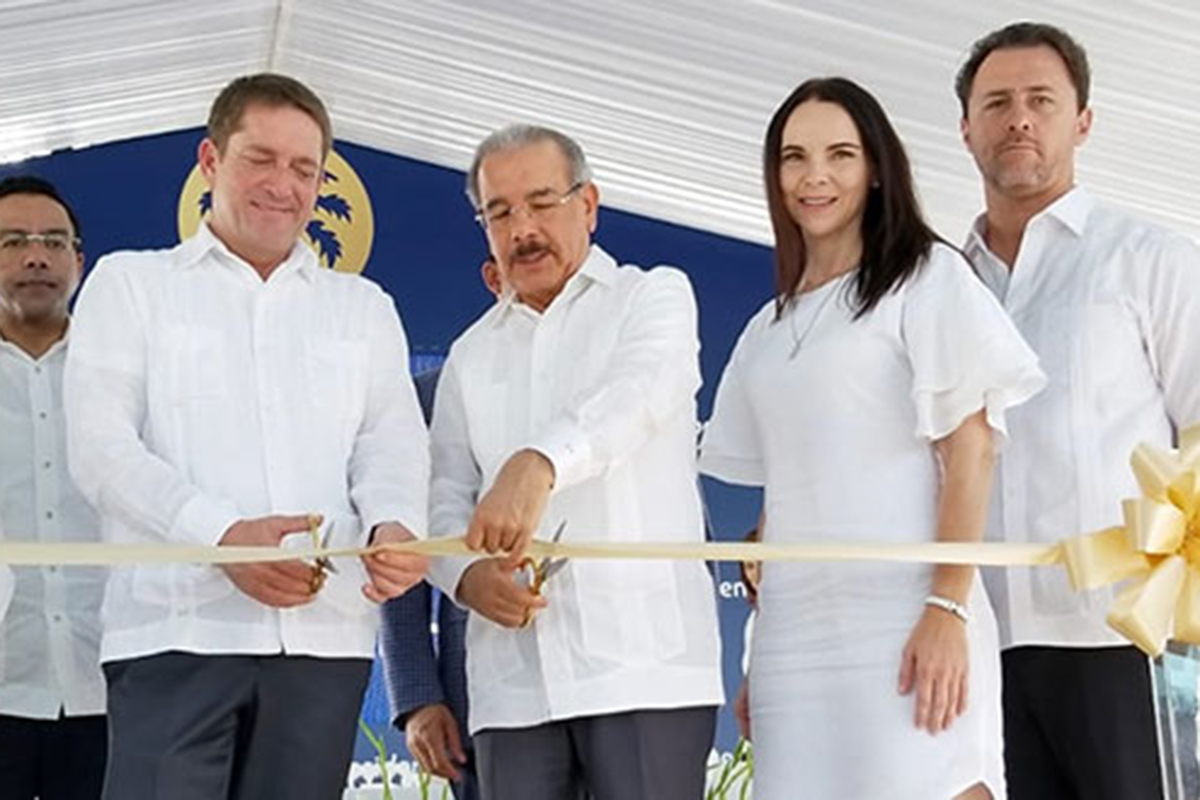 December 21, 2018, Puerto Plata – With the presence of President Danilo Medina, the Presidential Suites Cabarete by Lifestyle Hotel was inaugurated today,  Friday, December 21st, 2018.  This project was built with an investment of 36 million dollars that will bring 200 new direct jobs to the area and some 600 indirect jobs.

The new hotel project, which is the third under this modality managed by the Lifestyle Group, is located on the main road of the Municipal District of Cabarete and will consist of a total of 13 buildings with 1, 2 and 3-bedroom units once all stages are completed.

Markus Wischenbart, President of the Lifestyle Group reiterated his commitment to continue investing throughout the country, especially in Puerto Plata, where he founded his first hotel, which as part of its growth currently generates more than 4,500 direct jobs and about 12 thousand indirect jobs.

Similarly, Wischenbart said that this new hotel, the third with the Presidential Suites label, shows the strength and growth of the tourism industry in Puerto Plata, and highlighted the economic impact of tourism on the ‘Bride of the Atlantic’.

“Only this year, which is almost over, our contribution to the treasury will be around one billion pesos, in addition to the four billion we contributed in the last five years.”

Likewise, Wynn Group Companies, one of the main Canadian investment groups, chose the Dominican Republic for the construction of this new hotel due to the good investment climate that exists in the country.

Patrick Sleezer, who spoke on behalf of the Wynn Group, echoed his confidence in the Lifestyle Group to operate the new hotel infrastructure, with the five-star level that characterizes the brand due to the success of the hotel company in the Dominican Republic.

The central words of the event were in charge of the Minister of Tourism, Francisco Javier García who highlighted the growth that Puerto Plata has registered as a destination in recent years. The Lifestyle Group is a complex that exhibits one of the highest levels of occupation in the area.

The blessing of the project was made by the Bishop of the Diocese of Puerto Plata, Julio Cesar Corniel Amaro.

After the ribbon-cutting, President Medina and his delegation toured several of the units of the newly opened complex.

The event was attended by the main hotel group executives, Markus Wischenbart and Anja Wischenbart, President and Vice President respectively, as well as the owners of the Canadian Investment Group Wynn Group responsible for the construction of the project under a strategic alliance with the Group Lifestyle

In addition to the Minister of Tourism, Francisco Javier García, other government officials and representatives of the sector were present at the inauguration of the luxurious hotel.

The Presidential Suites Cabarete by Lifestyle Project, with its luxurious buildings, is composed of several 1, 2 and 3-bedroom units as well as Restaurants, a spa with Sauna and Jacuzzi, a Beauty Salon, Excursions, Gym, Pools, Snack Bar, Bars, laundry and other recreational areas.

The first stage of the project inaugurated has 105 units for a total of 131 rooms. The entire hotel includes 163 units that offer visitors a new concept of exclusivity and comfort.

The luxurious project with all its facilities will attract thousands of new tourists to the important destination of Cabarete every year, which will lead to a significant economic undertaking throughout the area.

About Wynn Group of Companies: Wynn Group of Companies is an important family group with broad interests in Canada in the real estate industry, solar energy and gyms, among others. In his first incursion into Dominican territory he has chosen the Lifestyle group to establish a strategic alliance that is expected to be the first of other joint investments.